Journey of a Novel - Step 2 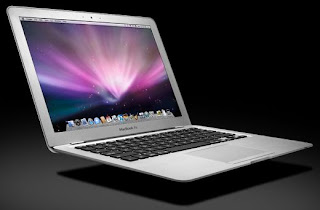 In many ways, 2010 proved to be a difficult year for me. I was unemployed, downsized out of my job right in the middle of the recession. In fact, this blog began as a plea for all of us to stay in hope – no matter what the circumstances.
My unemployment taught me several things about trusting in God’s provision, about the miracles that still happen in the 21st century, about giving when there’s nothing available to give. But right smack in the middle of that scary time, God interrupted my life with Step 2 of the novel journey.

For 40+ years, I wrote and published in the nonfiction genre. Tell the facts. Teach the reader. And even though God had whispered a different direction in my ear and provided me with a textbook (see the blog post about Step 1), I was not ready to change my entire focus for a mere fiction mindset.

But one morning, still without a job and wondering how in the world to buy groceries that week, I woke up with an idea. Floating in the middle of my forehead was a character, then several ideas about that character, then more ideas and a setting, then some conversation and a story line.

Not quite sure what to do, I sat down and started writing. This action, in itself, was completely out of character for me. As an organized, Type A personality, I never start writing without an outline or research or some idea of the topic I wanted to pursue. But I could not escape from this fascinating character in my head. It was almost as if I needed to move my fingers over the keyboard in order to discover more about her – like reading a book via my hands.

After a few hours, I stood up and stretched. “What am I supposed to do with this, God?”

So I did. The next day I woke up with more ideas, more conversation and more of a story line. I kept going, sometimes laughing at my character and what she did – sometimes grabbing a Kleenex because I was so moved by what had just happened on the computer screen. The next day and the next and the next. No outlines. No research. No idea about what was going to happen until I woke up, turned on the laptop and started moving my fingers.

When an interview or a job fair interrupted the writing, I missed my characters. I wondered what they were doing that day and longed to get back to them, to peek into their lives, to hear their conversations. Definitely hooked by the process, writing fiction totally surprised me yet delighted the heck out of me.

I had no idea fiction could be so much fun. Writing fiction just wasn’t me. Yet, it seemed that writing fiction indeed was me. I was so engrossed in the story, I couldn’t imagine going back to the same old nonfiction facts. I wanted to find out more about Reverend G and Chris, about Jacob and Jessie, about life at Cove Creek.

After six months, I read my 53,000 words with no idea what to do next. Was this just something that God gave me to do, to survive the emotional trauma of long-term unemployment? Or did God have a more expansive plan? What did he want me to do with this novel idea?

The answer began to take shape in Step 3.
Posted by RJ Thesman at 12:20 PM 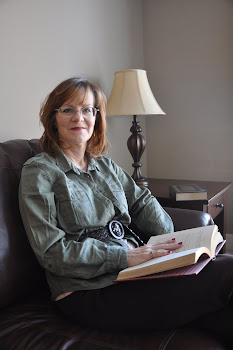